Funeral Customs Around the World Egypt 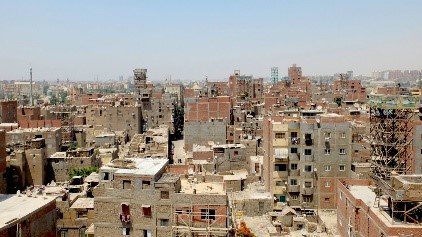 Funerals in Egypt are often traditional and with Egyptians following the Islamic faith, they follow a strict process when a person dies.

The deceased body is not disturbed by anybody (apart from washing the body to cleanse and purify it and then wrapping the deceased body in a white funerary cloth).  The deceased person is laid to rest as soon as possible after death and preferably within twenty-four hours.

Whilst the funeral traditions in Egypt are similar to those of Islamic funerals, the Egyptians also believe in the Ancient Egyptian practices when considering funerary practices and that death is only a physical form and that a deceased person’s soul is eternal or immortal.

The Egyptians believe that the soul of a deceased person will visit the grave a number of times and significantly on the third day, the seventh day, the fifteenth day and the fortieth day after their death.  Thereafter, a weekly visit by the deceased person’s soul takes place every Friday.  It is also believed that the Islamic prophet also visits.

Professional mourners continue the tradition from Ancient Egyptian mourning periods to more modern Egyptian funerals, at which female members of the deceased person’s family will demonstrate grief, the intensity dependent upon how close they were to the deceased person.

It might be so intense that the female mourners fall to the ground and tear their clothes or even demonstrate self-harm such as scratching their faces and punching themselves.  This demonstration of grief took place as early as in ancient times.

Another death practice, tradition or ritual that has continued from ancient times in Egypt to more modern times is the writing of death letters.

In more modern times, these death letters might be published in newspapers.  Egyptians addressed and wrote letters to their deceased loved ones as a way to accept their death and for their own closure.  The letters were not only for closure but a way to communicate with their deceased loved ones.  Another way for Egyptians to communicate with the deceased is to greet them with a peace offering (using the Arabic word of ‘Salam’) and touching their grave.

Egyptians believe they can communicate with their deceased loved ones by making regular visits to the cemetery and graves of those that have passed.  Specific dates are set so that families can gather to pray and recite the Quran whilst bringing offerings such as fruits, palms and palm leaves.  Friday is a popular day for these visits to take place and the set annual date adds to these visitations which are also called ‘ziyaras’ and although less popular amongst the higher classes of Egyptians is still common amongst the lower social classes.

Visits to the cemetery are often made on holy days, on which phases and prayers are repeated, and on larger celebration days, entertainment might be visible in the form of sweet stalls and children’s swings with young people also seen to choose to play with toys among the graves.

The City of the Dead is infamous in Cairo in which people live amongst the deceased because there are multiple cemeteries within it and often the boundaries overspill into one another.  It can often be hard to distinguish between houses and tombs within this city.

There is one tradition that took place in Ancient Egypt upon a person’s death that does not take place in more modern times which is the ritual tradition of mummification.

In ancient Egyptian times, the practice of mummification was believed to allow anyone who underwent the process to attain immortality.  Whilst anyone could choose to be mummified and placed in a tomb, it was expensive and so only the wealthy could often take on this practice.

Whilst mummification did not automatically lead to a resurrection of the deceased person into the next world, mummification was believed to be the best way of being to achieve that aim.

There is much history and fact finding that can be referred to, however, the way in which the Egyptian people view death and follow tradition, it is the Muslim practices that are demonstrated today.