Funeral Customs Around the World Yemen 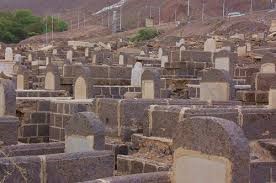 A traditional Yemeni funeral was quite different than those that now take place in more modern times.

Similar to the Egyptians in ancient times, the deceased person would be put through a mummification process, with their organs being removed from their stomach and an embalming fluid replacing them (this could be sulphur dioxide or camel oil).

The deceased body would then be wrapped in leather shrouds or even silk, depending on the deceased person’s wealth.

The purpose of mummifying a deceased person in ancient Yemen was carried out in the belief that this mummification process led to the deceased body being resurrected.

Today, Yemeni funerals are different.  Whilst they do not take part in mummification processes, the deceased body is still prepared in a similar manner and it is washed, perfumed and wrapped in a shroud.

Most Yemeni people are Muslim and therefore the funeral practices in Yemen follow Islamic culture and traditions with death being placed as highly important with dignity and respect playing an important factor.

In both sects of Sunni and Shia Islam, a Yemeni funeral will include all mourners of the deceased attending mosque for prayers.   This is an important part of the mourning process for the Muslim faith.

It is believed by Muslims that Judgement Day allows the deceased person to be judged for all the actions they took whilst living on Earth and this will determine if the soul of the deceased will go on to Paradise or if they will be sent to hell.

Once prayers have taken place in the mosque, a funeral procession to the cemetery takes place with the deceased person being carried by pallbearers.

No women are permitted into the graveyard to accompany the deceased person; instead, they stay outside the cemetery while the funeral ceremony and physical burial takes place.

The funeral takes place as soon as possible after the death of the deceased person and often before sunset if at all possible.

The deceased person is always buried with their feet facing Jerusalem; this is so that when the deceased body is resurrected (in preparation to travel to Paradise), the soul can face the city and quickly rise and bow in recognition of its holiness.

Within the first few days after a funeral has taken place, it is customary for friends and family to visit the deceased person’s family so they can comfort them in their grief and pay their respects appropriately.  The Quran is read during the first three days of mourning as the relatives and friends gather together.

It is quite common in Yemen for families of the deceased to hold remembrance ceremonies on the seventh and fortieth days after the death of their loved one.

The significance of the period of time include explanations such as: the Muslim mourning period often considered as lasting forty days but can depend on how religious the family of the deceased person is.  It might also be as a result of Muslims believing that a deceased person’s soul remains on Earth for forty days, as they prepare to say goodbye to their family and loved ones, before the fortieth day on which their soul leaves Earth to elevate to a better place.

The seventh day originates from a 9th century tradition in which food was given during the first seven days and this is still followed as a habit that took place in Mecca and Medina during a period of Imam Suyuthi.

In the northern areas of Yemen, there are some people that visit the grave of their deceased family members on the third day after their death.  It is known that they might offer a large amount of food that might include bread, meat, and soup which is given to the poor, including children.

These offerings act as a form of payment and those that receive the food are asked to pray for the deceased person’s soul with the children singing prayers loudly and the adults praying more quietly.

The traditions of a Yemeni funeral and the mourning process closely follows the traditions followed by the Islamic faith.

Whilst Yemen has experienced much conflict over the years, death is often an occurrence that is experienced prematurely with those mourning their deceased loved ones with the upmost dignity and respect.