Funeral Customs Around the World Antigua and Barbuda 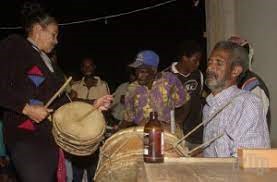 What is evident in Antigua and Barbuda funeral traditions is that they are influenced heavily on personal preferences and this, unsurprisingly, differs from family to family.

The arrangements that are put in place are dependent upon what the deceased person’s family believes from a religious and cultural perspective and what traditions they hold as well as the costs that are required and what preferences they have personally.

They type of funeral in Antigua and Barbuda will be determined by many factors.

A funeral may be elaborate or simple, it may be public or private.  The burial may be religious or non-religious and may or may not follow the cultural traditions that the Antiguan people follow.

The options that are open for people in Antigua and Barbuda when their loved one passes appears to be an opportunity to make personalised choices according to their preferences, needs and religious or spiritual beliefs.

The cost of having a traditional funeral in Antigua and Barbuda is often the most expensive.

Embalming of the body is often included in the cost of this type of funeral, as well as the visitation of family members and close friends of the deceased person at the funeral home, and transport for family members that attend the funeral service itself.  The coffin, the burial plot (either the cemetery plot or crypt) are also costs to factor in.

The other option that people in Antigua and Barbuda may take is having a direct cremation for their deceased loved one.

The cost of this type of funeral is less expensive because embalming is not carried out and no viewing or visitation of the deceased person is offered.

The cremated remains of the deceased person can be kept in an urn at home (again, reducing the cost) or they can be buried or placed in a crypt or scattered in a chosen place by the family members or next of kin of the deceased loved one.

A direct cremation in Antigua and Barbuda includes the basic fees of the funeral home as well as the transportation of the deceased person.  If the funeral home does not own the crematorium and this option is chosen, there may be additional fees to have a deceased loved one cremated, as well as additional fees for the ashes of the deceased person to be returned in an urn, which is compulsory for a funeral provider in Antigua and Barbuda.

Like other Caribbean islands, the Antiguans practise a tradition upon someone’s death called Nine-Nights which is also known as Dead Yard.

This event follows the African religious tradition and last for several days, at which time the family and friends of the deceased person gather at the deceased person’s home to share memories, sing hymns, play games, eat food and share their condolences with one another.

Whilst the Nine-Nights traditionally used to be a reserved and sombre event, this extended wake is now one of celebration and partying to celebrate the deceased person who is no longer suffering in life.

It is called Nine-Nights because the wake extends for this period of time with the ninth and final night being the last one before the funeral service.  It is believed the deceased person passes through the party to say goodbye before they continue their journey to their final resting place.

On the ninth night, a table is set up, usually under a tent, which has food laid upon it for the deceased person and no one is allowed to eat from the table before midnight, at the time the deceased person’s spirit passes through.

There is a spiritual belief and tradition that the Antiguans believe which is that in order for the deceased person to move on to a better place, the first thing that must happen is ‘seeing’ in which the spirit of the deceased person is seen in a doorway.  At that point, someone tells a person, who tells another who tells another and the leader of the event crosses the exit with chalk so the spirit can leave and never need to return.

The deceased person can then make their way on to the afterlife.