Funeral Customs Around the World France 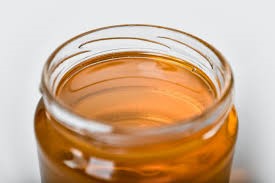 Every death in France is registered in the local town hall within twenty four hours of a person’s death, the ‘mairie’ and is usually registered by the deceased person’s next of kin or family member, however, the registration of a death can also take place by a local funeral director.

The Christian faith is held by the majority of French people with Catholicism taking precedent and a smaller portion of the French population choosing no religion as their faith.

A tradition that is no longer common in bigger towns or cities in France but still popular in smaller towns, is having a journal that is decorated with a black cloth pinned to the front door of the family of the deceased person.

A French funeral is likely to be a large event, typically quite traditional, with the whole community attending so they can pay their respects.

A funeral in France takes place within six days of a person’s death (excluding Sundays and public holidays), with the six days starting from the day the deceased person arrives in France should they have died in a different country.

During Catholic funeral ceremonies or services, there is likely to be prayers said, music played and readings presented.  It is usually a close family member of the deceased person that reads the eulogy, a unique and personal account to commemorate their departed loved one.

It is a legal requirement for the deceased person to be buried in a coffin in France if a burial is chosen, and most often it is within a cemetery and in a grave that French choose as their final resting places.  However, the French can also be laid to rest in a place where they lived, where a family vault is present or where the deceased person died.

Whilst the traditional funeral ceremony or service is still typically popular in France, cremations do take place, provided that the necessary authorisation is obtained from the local ‘mairie’ first.

Cremations in France usually take place at the local crematorium and it is important to note that whilst cremations are permitted, it is not permitted for the French to scatter any cremated remains (known as cendres funéraires or funderary ashes) of a deceased person on undesignated or public land (that includes a beach or park).  These restrictive measures continue with not being able to keep a deceased person’s loved ones ashes at home.

Provided that certain criteria and legalities according to French law are met, there are circumstances in which a deceased person can be buried on their own land.

Those that choose a more traditional funeral service and burial might attend with fellow mourners are often present at the graveside of the deceased person to throw dirt onto the coffin as it is lowered into the ground.

The French that choose to be cremated may choose a particular urn, or for their ashes to be scattered, or similar to Spanish tradition, a niche is chosen to store the urn of the deceased person.

There are clear steps and procedures to follow in France upon a person’s death and, whilst there are no real prohibitive factors, it is important the French follow each step accordingly to satisfy the legal requirements and French customs when making final arrangements for a deceased loved one.