Funeral Customs Around the World Oman 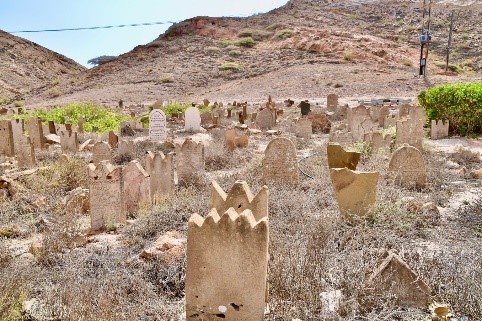 With Oman being a country whose people follow the religion of Islam, the funeral customs follow the Islam faith closely, following the religious teachings as appropriate.

The disposal of the deceased in Islam indicates a prompt burial is required in order to follow Islamic protocols.

Depending upon the person and family of the deceased, their ethnicity and traditional practices and beliefs, the customs that are followed may differ slightly, however, it is universally acknowledged that all Muslims who have died, whether or not they are male or female, should be highly respected and treated with the upmost dignity upon their death.

The Muslim country of Oman follows Islam and its funeral traditions although three quarters of the Muslims residing in Oman are Ibadi, seen as a tolerant sects of Islam.

The Sunni make up the remaining quarter, which is the largest denomination and traditionist branch of Islam.

The burial of Muslims in Oman are based on the traditional rituals that are followed.

This usually begins with the deceased person’s body being fully washed and cleansed.  The body is then wrapped in white cloth before being taken to the place of burial in the chosen cemetery, at which the funeral takes place.

Prayers are spoken whilst the attendees at the funeral ask for mercy and forgiveness for the deceased person they are praying for in order that they can be exonerated and be able to enter paradise.

The graves of those in Oman are not often labelled as to who is buried there.  They are marked according to the gender of the person who is buried.

For men who have been buried, their grave may have simple, upright stones at either end of their graves.

Women buried in Omani graves might have these simple, upright stones at either end of their graves but will also have a third stone that is placed in the middle of the grave to indicate there is a female that is laid to rest there.

An official online government portal offers Omanis services to help with funeral arrangements that include the transportation, washing or burying of the deceased.

There is a death tradition well-known in Oman for anyone that suddenly dies.

Any sudden death is followed by something called Mu Ghayeb and the belief is that the deceased has not actually passed away, instead the deceased person has been stolen by a magician who has cast a spell on them.

The magic has been gained by the magician by carrying out something horrific like eating his offspring.  After the spell has been carried out, the person he has cast the spell on suddenly dies.

This age old death tradition is acknowledged as a fable, as the Islamic funeral traditions upon death are followed very closely.

The fable continues with the deceased rising from the grave to find solace in a cave during the daytime and wandering openly at night; and whilst the deceased may appear to be zombie or vampire like, the Mu Ghayeb states the deceased eat only leaves during this time.

The deceased can break free from their spell of death if the magician is hit on the forehead or dies.

Despite the fable of people who have apparently died returning to their families, it is just a tale of cultural heritage rather than associated with religion.

Grieving in Oman is dependent upon the age of the person who has died.  The younger a person is, such as a child, the longer the grieving period might be.