Funeral Customs Around the World Philippines 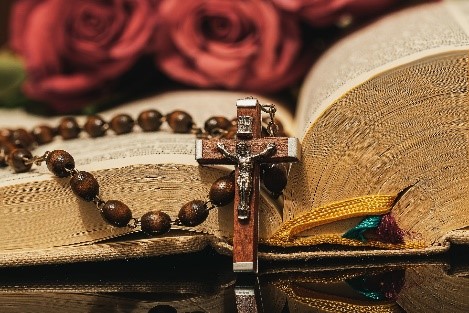 In the Philippines, whilst there are a number of different faiths and religions practised, the Catholic faith shapes the traditions of the Filipinos when death of a loved one is experienced.

The family of a deceased loved one will honour them and their memory for up to a week in the form of a wake that may take place in their own family home or a funeral home.

In the Philippines, the Filipinos are superstitious and so there are some things that are avoided during the wake of a deceased loved one.

It is believed that it brings bad luck to sweep the floor (sweeping the deceased loved one’s spirit away).  The Filipinos also avoid crying near to the deceased so that tears cannot fall onto the coffin (it is believed that will create the deceased’s spirit difficulty in making the transition from earth to the afterlife) or taking a bath or combing their hair during the wake because the superstition is that it will bring bad luck on the family of the deceased, and it can be sometimes severe enough to cause deaths to other family members.  The deceased’s loved ones can, however, take a bath or comb their hair in another household.

Other superstitions include pregnant women not attending the wake to avoid bringing bad luck on their unborn baby, all the mirrors in the house in which the wake is held being covered with cloth so no reflections of people can be seen, not going directly home after attending a wake in order to avoid the spirit following a person home (they should go home via somewhere else), not taking food away from the wake and pinching someone hat has sneezed during the wake so as not to allow the deceased person’s spirit visit them.

For the wake, the deceased body is placed in a coffin and taken to the chosen venue.  Their coffin is decorated elaborately with flowers and lights and the deceased’s family and friends are invited and encouraged to visit to pay their respects, with a guest book often signed.

It is also common practice for those that visit the deceased before the funeral to offer to donate something financially so that their money can be put towards the funeral and burial costs.

Anyone that does visit the deceased is likely to be served a meal, and as food plays a significant role in this tradition, a member of the family of the deceased will cater for those that come to the family home to pay their respects to their departed loved one.

The Filipinos hold death as a significant life event and it is common to experience large numbers of people attending funeral services so that they can pay their respects formally and a priority of attendance to a funeral of a family member or friend is placed highly in the Filipino culture.

The culture the Filipinos follow is one of hope on the death of a loved one.  Death is not viewed as the end of life, more one of hope, and this hope is expressed through the funeral service that follows a death.

A funeral in the Philippines often follows the Catholic funeral service, which will include hymns, prayers and Scripture readings.

Once the funeral has taken place, for nine days after, the Filipino Catholics will pray the Rosary as well as praying the Rosary again after forty days has passed of their deceased loved one’s death and on the one year anniversary of their passing.

It is believed these prayers allow for the soul of the deceased loved to be able to leave this world and move on safely to the afterlife.

The significance of forty for the Catholic Filipinos is from the belief that the soul of the deceased roams between earth and heaven, looking for a safe haven.

On the fortieth day, the soul leaves the deceased and becomes the belonging of the afterlife.  The spirit is forgiven of all sins and can continue into the afterlife whilst still being spiritually a part of their loved ones’ lives on earth.